Jarratt was born and raised in Wongawilli, a small rural town near Wollongong, New South Wales and then in the Snowy Mountains. Jarratt father was a coal miner and then concreter, who worked on the Snowy Mountains Hydroelectric Project. His grandfather, George Jarratt, born 1833, came from Croxton in Cambridgeshire, England, his son, John, married a Mary Kelly from Ireland. In high school Jarratt directed and starred in a school play, which was a great success and led him to make a career as an actor.

Jarratt graduated from NIDA in 1973. His big screen debut was in The Great Macarthy. It 'also appeared in Peter Weir's Picnic at Hanging Rock in 1975 and Summer City in 1977 with Mel Gibson. Jarratt had the lead role in the miniseries The Last Outlaw Ned Kelly game in 1979. He played an important role in supporting such a young Australian soldier in the Vietnam War film The Odd Angry Shot, 1980. In 1980, he recognized a problem alcolosmo, now came out and is still active in the organization Alcoholics Anonymous.

In 1990, she was a presenter on lifestyle nostrano Better Homes and Gardens with then-wife Noni Hazlehurst. He had roles in 'Inspector Morse, Police Rescue, Blue Murder, Water Rats and Blue Heelers in 1990 and 2000.

John will be playing Richard in the feature drama- film X Was Here.

Behind the scenes of Stalkher.

“I’ve done 40 odd films and 30 of those 40 were with crappy directors so I thought I can’t do any worse than them and it’s about time I had a go at it,” says Wolf Creek 2 actor-turned-first-time-filmmaker John Jarratt.

The film in question is the inappropriately funny, dark, romantic thriller StalkHer, a two-hander chamber piece set almost entirely in a domestic kitchen at night. The movie was shot on an enclosed set (designed by Adam Head, The Reef) in a sound stage on the Gold Coast’s Village Roadshow Studios over a four-week period on a $1.3 million budget financed from private investors, the producer offset and Screen Queensland.

StalkHer marks the first film developed by Jarratt’s own OZPIX Entertainment production company and makes for an interestingly restrictive first-time director project for the veteran 62-year-old star. “I’m tied to a chair for 90 percent of it so I thought as a directorial debut, it wasn’t a bad one,” says Jarratt. “It didn’t have continuity problems as my arms were tied up and I didn’t have to move so a few things were ripe at me having a go at directing. Plus, we saved a lot of money not hiring a good director that happened to be a good director, so there were a few things that came into play.”

Written by debut scribe and producer Kris Maric (Bad Behaviour, The Professional Idiot), the ‘hunter-becomes-the-hunted’ concept involves the capture of obsessive prowler Jack (Jarratt) after he breaks into the home of his victim Emily (Kaarin Fairfax, One Night The Moon). Finding himself wounded then tied to a chair, Jack soon realises he underestimated his intended prey as the two engage in a night long tête-à-tête.

“It’s a two-hander and a kind of cross-hander between Misery and Who’s Afraid Of Virginia Woolf?,” explains Jarratt. “It was challenging. I’ve never had to work so bloody hard in all my life because there’s a lot of lines, the acting is very full on and I work with Kaarin Fairfax, who is a brilliant actor.”

Jarratt first worked opposite Fairfax playing Ned Kelly in the 1990 TV mini-series The Last Outlaw and reveals that it ended up being a bit of a collaborative effort between them on this particular production. “She helped me out and did a fair bit of dramatic directing when it was my turn [to act] and she was off-camera,” he says. “We rehearsed it very thoroughly beforehand because it is almost like a play.”

Does this low budget film mark the beginning of more directorial ventures from the veteran actor? “I think I’d have a go at doing it again but it’s not exactly a director’s bug. I might do it again. I enjoyed it very much but it’s not like I’m addicted to it or anything. I like the acting a lot more.”

After his current promotional work on Wolf Creek 2 it looks like Jarratt may literally be getting back into the saddle with Passing Winds, an Aussie comedy western he recently wrote. “It’s kind of a Blazing Saddles, Mick Dundee thing and everything you’ve ever seen in a good classic western but with good Aussie humour,” he reveals. “I have a couple of people in mind to direct but that’s all I can say at this stage.”

StalkHer will be released later this year.


Instead of returning to the big screen though, the famous fictional character will be seen via the new Australian video-on-demand service Stan.


No other details are known yet.

He has completed the tv movie Jack Irish: Dead Point this year. (2014) 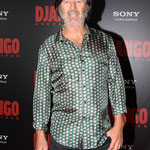 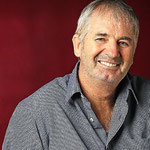 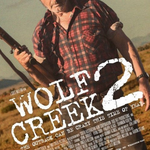 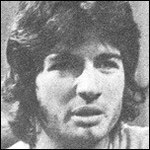