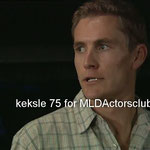 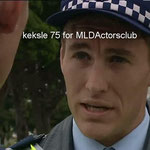 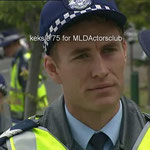 Blue Heelers is an Australian series. It is based in a country town. The stories of the policemen at that town are the basic storyline for the series. Some actors we know from the series McLeod´s Daughters acted at the series Blue Heelers, too.

Brett Tucker played at three episodes of the series Blue Heelers. He was there in the years 1998, 2002 and 2003. It looks like he acted the same character in the last two times. But his character was written in different ways.

And in 2002 and 2003 he played Sgt Peter Baynes and Peter Baines. The same character?