She acted the role of Zoe Alexander. Zoe is working for Paul Robinson. She is a PR manager, helping Paul to improve his image within the community.

Because of his negative reputation Paul´s businesses are suffering. He wants to become editor of his newspaper again. Zoe starts her job working with a few tricks. The impression Paul is supporting charity in his neighborhood improves Paul´s

Zoe meets Paul’s son and his niece Sophie. Zoe makes friends with Sophie. Paul and Zoe are still working on reinstated him as editor. But their plan is not really working.

At the Paul ends their relationship. Before Zoe leaves, she asks him to say goodbye to Sophie for her. 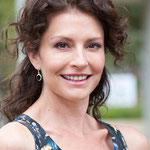 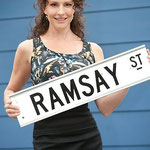 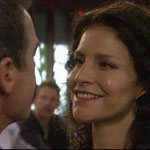